To raise funds for The Sussex Snowdrop Trust (a Chichester-based children’s charity), a Family Fun Day in a local 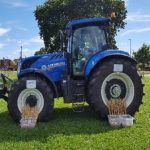 park was organised by one of the Charity’s supporters.  Langmead provided a tractor at the event which proved great fun for the children.

The Bosham, Chidham & District Horticultural Society Show was sponsored by Langmead Farms and  a Hamper of Herbs was donated as a Raffle prize. 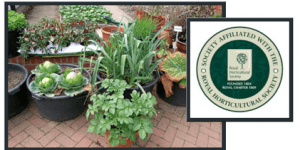 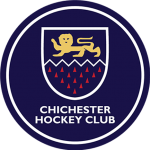 CANONS. The sponsorship package includes the Langmead Farms logo appearing on the players’ shirts, a banner on the pitch, billing on their website and promotion through the Club’s Facebook, Twitter and emails to all members. Our sponsorship will support 1st X1 performance teams, coaching, youth development and the pitch fund. For further information on the club please visit: www.chichester-hockey.co.uk

Herb Pots were donated in order to raise funds at the Charity’s Coffee Morning held at Church Farm, Bosham. Over £800 raised on the fresh produce stall.