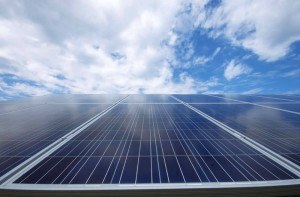 A solar farm near Bilsham capable of providing enough electricity for around 3,400 households is expected to start exporting electricity this month.

The Bilsham Solar Power Project, located near Yapton in West Sussex, is the first project to emerge from the joint venture between the Langmead Group and BNRG Renewables, a renewable energy company which specialises in the development of utility-scale solar PV projects.

Local community representatives, including Yapton Parish Council, and residents living in proximity to the site were approached during the assessment period to provide their views and feedback. Feedback gained from consultation proved very useful and was incorporated into the development approach, ensuring that the site was designed sensitively to the local setting and with residential amenity in mind.

With planning permission gained in February 2014, construction on the site began in May, completing in early September. Throughout the construction period, BNRG Renewables and members of the construction team have continued to liaise with neighbouring residents and stakeholders.

The Langmead Group has been looking for opportunity to diversify into renewable energy and to strengthen its ongoing commitment to sustainability which is embraced by their other projects including reed bed water management and compost facilities. The land at Bilsham Farm was initially identified and assessed over several months in 2013. This included studies on aspects such as flood risk, ecology, landscape and visual, grid connection and cultural heritage, among others.

As a leading producer of fresh produce into UK retailers and food service the Langmead Group currently farms some 2,500 hectares in West Sussex, Scotland and Suffolk and Spain.